Super Mario Land 3: Wario Land, is a platforming game released on March 13, 1993. This is the first game to feature Wario as the main character. The game starts where Super Mario Land II: 6 Golden Coins left off, after Wario's defeat at his own castle by Mario. There are no princesses to save, no world in peril. There is only one goal: for Wario to earn as much money as possible, so he can buy his own massive castle and make Mario jealous. The larger the cash total Wario has collected at the end of the game, the better house (and ending) Wario will receive. Follow Wario as he jumps, jets, swims, and charges through this game with 3 different types of hat upgrades at his disposal (Jet, Dragon, and Bull) to accomplish his goal, and to live "happily" ever after in his own cozy little castle (or better... or worse). 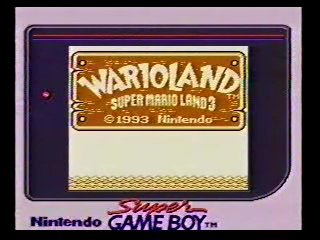 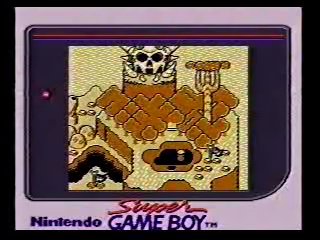 I would like to first thank freefang for all of his youtube videos of each level, and helping with strategies. Also, DRybes, for the advice he gave to help, too, as well as anybody else in the thread that helped me at all for this run. Thanks to freefang also for providing MasterGeorges' youtube video of the tree glitch in Parsley Woods. So credit to that trick goes to MasterGeorge. Also, thanks to Radix, Mikwuyma, Nate, Enhasa, and the rest of the staff, for providing and maintaining such a wonderful site, and hosting all of its communities' incredible speedruns.

One thing before I start. I used the Super Gameboy cartridge to record this run on, since the Gameboy player is currently not in my possession because I never thought I'd ever speedrun a Gameboy game lol. The problem with using it though, is that time is going to be added to my overall time to compensate for the Super Gameboy being faster than the Gameboy itself.

The tree glitch was probably the best timesaver in this game, and because of it, I increased the time in that level by 9 seconds (10 or 11 is possible, but I'll discuss that a little more when I get there). The Jet hat is the best item to use in this game, and there is no reason not to ever lose it, or change to another hat for any reason, at least in this category. Also, for anybody new to this game, the trick to staying in the air with the Jet hat for long periods of time is quickly tapping the same button you start jetting with twice again, quickly, to keep going. Turning around, on the other hand, requires you to let go of B, hitting the direction pad the other way, and quickly hitting B again to go the other way.

I hope you all enjoy this run, as it was fairly frustrating to complete, but well worth it in the end. Maybe in the future I'll improve this time, but it might be pointless unless I use other recording means because of the SGB being faster than the actual GB. I hope this stirs up some other people to try to complete the other Wario games, if any of those are even possible to speedrun, to try to get more on here at SDA than this game (which I personally think is much better than the other Wario games). Also, good luck to you freefang on your attempt at an 100% run of this game. That'll be a chore, I know.