A variation on a classic puzzle called Knights and Knaves, in Where's an Egg? you have to interrogate the nine suspects found around town scattered in different locations and try to work out which ones are truth-tellers and which ones liars. Once you've acquired enough information, you'll be able to pin-point the one base criminal among them who has the egg you were sent to retrieve, by Stalin. 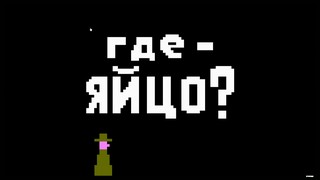 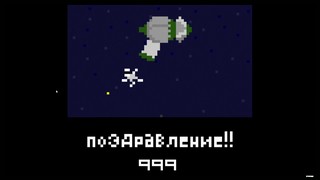 “Where’s an Egg?” is a flash game produced by Videlectrix, the tongue in cheek name for the software designed by The Brothers Chaps, of Homestar Runner fame.

“Where’s an Egg?” is an investigative mystery game, requiring quick thinking, sharp memory, and powerful logical and deductive skills. It’s a race against time in order to prevent the catastrophic results of not knowing where an egg is.

The normal strategy for success is to discern which suspect is lying amongst a diverse cast of shady characters by carefully selecting specific questions and analyzing the responses. There are a number of methods which can be utilized to deduce this information, some faster than others. One recommendation is to quickly visit every location in order to correlate the location of items and people. This allows you to have a full set of information when attempting to assess suspect responses for truthfulness. However, using this strategy wastes significant time. A faster strategy is to validate suspects’ responses against each other using incomplete information. While this can potentially yield a faster accusation, it is also more error-prone… and the game only allows three false accusations before ending in a game over.

Buuuut… this is a speedrun, so all of that strategy goes out the window. The absolutely fastest way to beat this game is the “blind accusation” strategy. The blind accusation involves entering the location of the first suspect and shooting them in the face. While this is more often than not simply a homicide, occasionally justice prevails as the first suspect was randomly generated with the egg.
A good blind accusation speedrun is surprisingly difficult to execute. It took me many attempts to have a successful run that was this fast. Speedrunning the blind accusation involves finding the very small area of the screen which overlaps with both the “Aquarium” location and the gun icon which triggers the blind accusation. This spot must be identified before the game is started on a flat black title screen. From this point, the next challenge is to triple-click as fast as possible. The first click starts the game (and the timer), the second click moves the player to the Aquarium, and the third click fires the gun. If this was done quickly enough, and the random numbers line up your way, you will have beaten the game extremely quickly. After many attempts, I was able to do this in 1 frame.  I accomplished this by activating "mouse keys" in Windows, which binds both the 5 and the + sign on the number pad to left click.  Pushing the real left mouse button simultaneously with these two keys allows all 3 clicks to be sent at once - accomplishing the jump straight from the title screen to the win condition in 1 frame.

(Fun fact: I originally recorded this at 120 fps hoping to beat it in 1/120th of a second instead of 1/60th, but apparently the game only runs at 60 fps, making this to my knowledge the best possible run.)

Special thanks to mootcycle for suggesting this one as a speedgame.