Released in November 2003 by UbiSoft, XIII is based on the first five volumes of Jean Van Hamme's comic book of the same name. XIII puts the player in the position of a man who wakes up on a beach to find a big tattoo of the roman number 13 on his chest, armed hitmen on his tail, and no memory of his past. The game's unique story telling and cel-shaded graphics create the feel of the player playing in a comic book. 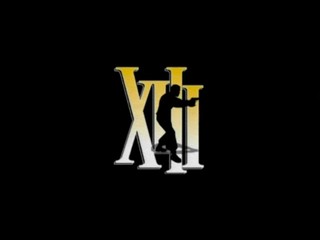 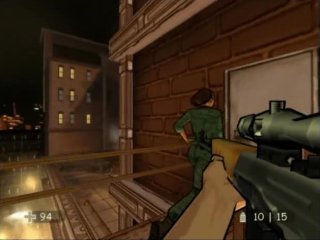 First off I'd like to thank Our Heavenly Father and my lovely girlfriend for giving me support during the process of making this speed run possible. Also thanks to our parents for having the patience to watch a big tv and a dvd recorder next to one of our computers for a week.
Thanks to everyone who showed support in the forums as well.

Welcome to the XIII speed run! XIII is (in case you don't know) a first-person shooter game using cel-shading to create a feeling that you're in a comic book when you're playing. This is a video done by yours truly and his brother Muona (Juha), aiming to complete this great game as fast as possible, on the easiest difficulty. No cheats or such are used to give an (unfair) advantage, so all you're going to see is a handful of tricks and glitches, gaming skill, and, of course, luck.

What help a speedrun by a great deal are bugs. These are things the developers never meant possible, but probably just didn't notice that they actually were possible. Something very weird can be achieved in nearly all games, speeding up the gameplay a lot. XIII isn't exactly the buggiest game out there. We think that it was finished very well. Maybe too well.

We were able to find some things that speed up our gameplay beyond running and shooting, though. Below is a list of the main skills and bugs we found (and used) in XIII. Maybe you can read it while you're watching the run, although it might be a good idea to read the list beforehand so you have some idea of what's going on.

If you see something we've missed, please tell us! We're happy to re-run the whole game, if necessary. :)

If you're still reading this, here is some more specific information about each level (or segment). I included details of the main tricks we use, and a very self-critical aspect to every segment. It might be a good idea to read these beforehand as well. Or maybe you want to watch the video twice. :)

Well, that was XIII! We hope you liked it!

By the way, we'd love to hear from you! Do you have any comments you might have for the general feel of the run? Something about individual level performance you'd like to comment? Maybe you'd like to make a better run, or one with a higher difficulty level?

You can contact me at the Speed Demos Archive forum; my nickname is sp3ctum, just send me a message.