X-Men 2: Clone Wars by Headgames is a 2D action platforming side-scroller for the Sega Genesis / Megadrive. Released in 1995, the game featured a special soundtrack performed by an electronic band. Each level had a different track for each character, but the overall sound of the track was common among all characters. Another interesting quirk is that the game starts almost immediately in the first level after turning the power switch on or upon reset, giving you a random character. For every level after the first, or after a death, the player can choose between one of six X-Men: Beast, Cyclops, Gambit, Nightcrawler, Psylocke, and Wolverine. After capturing Magneto at the end of the third set of levels, Magneto becomes available as a seventh playable character. 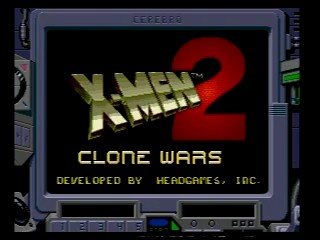 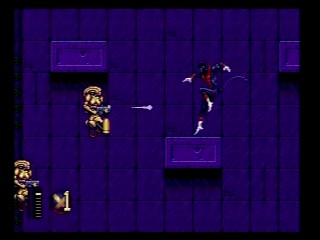 I don't have much to say here other than I really like this game and I'm happy that I was able to produce a pretty solid run of it. I discuss a lot of the tricks and more in the audio commentary, so I won't repeat it all here. Thanks for watching!

Thanks to:
- Truncated and Sonikkustar for their TAS and their help in finding and explaining some of the tricks seen in the run.
- Heidman and wfp for watching my previous attempts and providing helpful suggestions.
- Apocalypse for being a chump of a boss.
- My twitch viewers that were willing to watch me run a bit of a cult game at best.