Released on the launch day of the Wii in November 2006, and in December for the GameCube, Twilight Princess satiated every Zelda fan's desire for hot and sweaty Goron wrestling. Notable differences between the Wii and Gamecube versions include the controllers and the east/west flip of the game world. In the Wii version you can also perform actions never before seen in a Zelda game such as swinging your sword and throwing a boomerang. 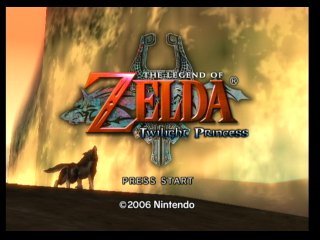 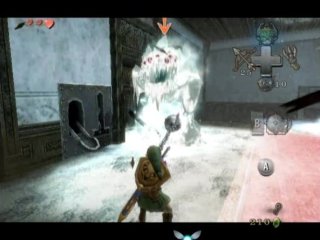 Wii and GameCube runs of the Goat Herding category are considered equivalent.

Runs on the Wii version:

I want to thank:

Mkay, so. Twilight Princess was the game that got me to join SDA, and it was the first game where I actually had a significant hand in helping break it for once. I even made a few attempts at running it before. I was doing an any% test run at one point for TpFox, to give him some strats and some times to beat. I was also working on a 100% run for a bit. Both these attempts were years ago, and both kinda died right after the Goron Mines. Regardless, though, Twilight Princess had a huge hand in helping me become a competent speed runner and a competent sequence breaker, so it's fitting that I'd do a run of it at some point.

I started thinking about running the game a couple months after I finished my Metroid Prime 3 run. At some point, I decided to just play through the route. IIRC it took me a couple days to get through it, and I ended up saving right before the finishing blow on Ganondorf at 5:02, so it was pretty bad. A couple days after that I started working on a serious run (this one). I decided that this time I wasn't going to tell anyone about the run until it was finished. There were several reasons for this. One was that I'd had a lot of motivational issues doing my Prime 3 run, so I didn't want to feel pressured to work on Twilight Princess; if I didn't like running it or if I wanted to stop for some reason, if no one knew about the run then no one would be disappointed. Another reason is that, well... if you look at the Twilight Princess thread from around July or August 2010, there's a lot of people being whiny, selfish, and impatient jackasses demanding new TP runs. I didn't want to put up with that. <_<

So it... kinda worked, kinda didn't. The main problem was that I didn't think there'd be any issues keeping it secret, as no one was running it at the time I started. However, after I picked it up, several people started running it, including one in the same category as the one I was doing, so I ended up needing to reluctantly tell a couple people about the run just so I wouldn't end up being a dick about it. The reactions I got when it was finished and I uploaded the whole thing at once was awesome XD And doubly awesome was that, completely by chance, it ended up being my 250th video (it just happened to get finished when I almost had 250 videos). Honestly though, I don't think I'd wanna do a run like this again, for the reasons I mentioned. No more secret runs, I don't think.

Anyway, the actual running process went a lot smoother than I expected. For a pretty long time the running was fairly easy. I was getting nearly a segment a day. I was focused, motivated, and overall getting a lot done. This continued up until September, when I had a bit of a stumbling point; after 28 segments, I didn't really touch the game for about 9 months. In May I finally picked it up again, did three more segments, then got stuck on 32 for two months. After I finally finished 32 I kept going til the end. It really was a lot smoother than Prime 3 was, hopefully that means I'm improving as a runner. Most of the beginning segments were short and easy, which is why I could get them done so quick. A bit less than halfway through the game though, the segments start getting overall longer and have more difficult tricks in them, so they ended up taking quite a bit longer. In any case, I set some very high standards for myself, and I believe for the most part I met them.

Techniques I use throughout the run:

Time for individual segment comments. Be warned that I'm going to be complaining a lot about how speedrunning is hard. :P

[note: The times I have listed for each segment are not going to match up with the official SDA timing. TP runs are timed within the community the same way the in-game timer works; it's partly tradition, partly required in order to be able to compare with older runs without retiming them. SDA doesn't use the in-game timer because it doesn't display at the end of the game, which makes it impossible to verify what your final time is precisely. The in-game timer is actually slower than SDA's timing - it starts when the file begins loading after starting up the game, and stops when the game starts saving. SDA on the other hand starts timing when you gain control and stops when you enter the save menu. SDA timing shaves off ~9 or so seconds per segment, so a fair bit of time comes off there.]

Well, I don't have much else to say now other than enjoy the run! I'm writing this in late October, so Skyward Sword's coming out in about a month. Hopefully it doesn't suck! I'm really enjoying the Sonic Generations demo too. Might do an SS of the full game (it's coming out tomorrow!). We'll see.

This is the result of a month of playing no game but Twilight Princess, and while I'm not entirely happy with the run, you can only play a game so much before it starts to feel like a job, and I hit that point. I really wanted to get 3:55 or better, mostly because of the ridiculous amount of time I waste trying to get City in the Sky early, but every person has their limits. After achieving my 3:56, I was in route to get a 3:55 run but choked during Hyrule Castle, which basically murdered any motivation I had left. I'm hoping we can find a few minutes more of time savers and then I'll have a good reason to play again, but this is it for now. Twilight Princess is a pretty good game, but things like collecting tears are probably worse than watching long cut scenes you can't skip. I'm sure that 3:51 is as good as a human could possibly get, so I am perfectly ok with 5 minutes of mistakes in a 4 hour run(2%!). The amount of luck required to get a good time is ridiculous.

The overall play quality in this SS over my old 4:47 is noticeably better. Although the run is 50 minutes shorter, there are much harder sequence breaks and glitches that I had to perform this time around. The first 2 hours went amazing, my best by far, but once I hit Morpheel, there are some pretty nasty mistakes. When you're 2 hours into a run, it's hard to hit restart and go again, which is why I'm ok with how the last 2 hours went. You have to understand that there is a huge amount of luck involved in a lot of this game. It could take me hours to get a good enough run passed the gate glitch, and that's only 7 minutes into the run.

Anyway, I hope anyone who watches this understands how hard it is for everything to go right, and even the easiest tricks that I pull off 99% of the time in practice(CitS early), can go wrong after 3 hours straight of playing(which doesn't even include how many resets I had before it). Onto more specific comments about the run.

Thanks to everyone who I bothered asking questions and for giving me feedback. Thanks to the SDA staff for running the site. Thanks to anyone who can forgive me for the CitS early fiasco.

Very good time. Better can be achieved (TAS is down to a 14.05 at this point), but anything remotely close to this is incredibly difficult to do. There is little to be said about this that has not been said already. The goats need to cooperate and one errant move or false step can ruin the attempt. That it took nine and a half years for humans to improve by one frame is a testement to the execution level of the previous time.