Released in April 2005, Rescurrection of Evil takes place two years after the events of Doom 3. The UAC gets a signal from the now abandoned facility and you return to investigate it. When you arrive, you find a mysterious artifact which causes all hell to break loose... again. Fight your way back up to the surface with the artifact. 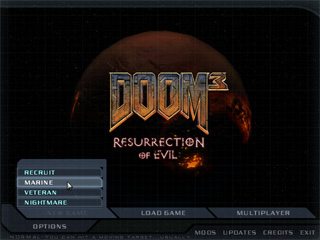 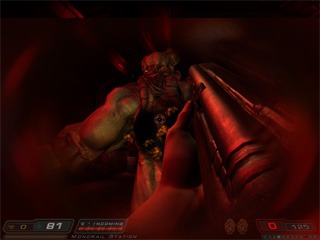 Timing note: Time stops after each fade to black at the end of a level ends and resumes after the loading screen disappears.

Ok, let's see... Worst game script ever (no, it's not you xardion)? Check. Game based on the unfairest engine ever seen in a fps? Check. Most disappointing boss fights ever? Check. Getting to control a guy with the IQ of a panda bear? Check. FUCKING WORST POSSIBLE ENDING IN A VIDEO GAME EVER!? CHECK!? ALRIGHT LET'S GET THIS FUCKER MOVING!

And that would be it. I'd like to thank the whole SDA crew and ex-members: DJGrenola and Radix.