Released in 2003 for the PC, Marble Blast Gold is the expansion pack to Marble Blast. To beat levels you either go to the finish or collect gems on your way if required. Although most levels are easy to moderate in difficulty, a select amount of them can infuriate just about anyone. Game glitches and tricks usually savage the levels and leave people jaw-dropped. The game's community keeps Marble Blast alive to this day with thousands of custom levels, several popular mods and they even hacked the engine to add Multiplayer and address several bugs and crashes. 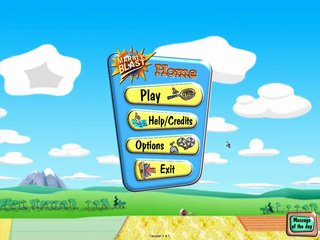 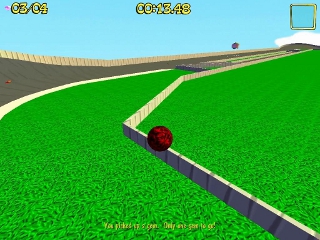 The timing of the game is done by using the prefs.cs file that the game outputs (marble/client), and gives us the time to the thousandths of seconds (in-game, the timer shows to the hundredths). Note that Time Travels stop the clock, so that the final time is less than the elapsed time. Elapsed time is the in-game time without Time Travels counted towards it.

This run contains TWO audio commentaries! Audio track #2 is 'level specific' and we just talk about the levels. Audio track #3 explains all the tricks done in the game as well as in-depth discussion into some of the definitions the community uses, explaining engine and physics, and glitches and how they work. For even more in-depth discussion into Marble Blast and its many advanced techniques, visit this topic.

In addition there are four blooper files attached, but #1-3 are more historical than current, though they are enjoyable. You will be able to see alternate and past routes as well as some funny and sad moments.

This is our MBG run (or as we call it: MBG WR Rampage #4) and it improves the previous update by 72 levels for a total of 25.523 seconds. The game can go sub 14 minutes by improving other levels but we did not bother as some are frustrating.

We would like to thank all the runners for hundreds of hours of work being put into recording the runs and IsraeliRD for compiling everything. It took us many hours to record everything, with levels like: Great Divide, Hoops, Tightrope, Siege, Pathways, Pipe Dreams, Skyscraper and others taking dozens of hours to record. Even simple levels such as Gyrocopter, Hop Skip and a Jump or Tornado Bowl were a lot harder to do than might meet the eye.

Please visit us at http://marbleblast.com where the community is.

We hope you enjoy!

After playing the game since it came out and seeing three world record compilations I thought it was time to join the community. Normally I wouldn't have put in so much work for this rampage, but since this one seemed to be the last, I wanted to leave my mark on MBG. Hundreds of hours of play time and a delay of several months was worth it in the end, and I can finally say with confidence that we will never see a major update to this speedrun (Shoutouts to Great Divide for being a shit level)