In May of 1999, Star Ocean: The Second Story became the first tri-Ace game to be released outside Japan. The realtime battles, item creation, private actions, multiple endings, and postgame content combined to give the game unprecedented depth for a console RPG. A meteorite has crashed on Expel, causing endless disasters. A local girl named Rena meets an otherworldly boy named Claude and starts on a journey that develops special significance for her and the entire universe. 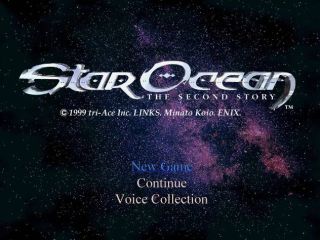 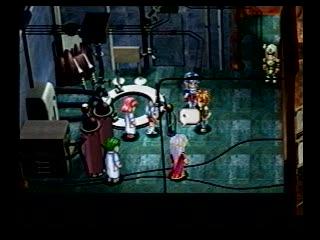 Timing note: The in-game timer is not used because it drops seconds when saving and loading. Thanks go to Damien 'Dragondarch' Moody for pointing this problem out and timing Arcand's Rena run.

Now with 59% less segments! After seeing how all the characters who were not named Claude contributed rather mediocre damage-over-time in the last run, it was time to take a solo approach. Thanks to everyone who filled me in with lots of helpful criticism, some good new ideas were spawned.

Many thanks to PWOPLW, Red Shifter, and all the users at SDA Forum for their support! And of course to Enhasa for inspiring me to start a SO2 speedrun and, depending on his reaction to this new version, go back to the drawing board again looking for more improvements.

I entered into this game expecting around 10 hours to speedrun. A lot more battles were also expected, which is why such heavy preparation was put into the first disc. Some of the preps really did help cut down the time, but others... well, guess I overestimated what the AI was capable of in damage support. That or I underestimated the power of Claude =P

To save time, I didn't go out of the way to obtain party members. The only ones allowed to join were the people who ask to tag along during the main plot. Therefore, my speedster party was composed of:

Overall, I was satisfied with the speed of the battles. Some of the out-of-battle parts could have been better, but that was not where my main concern lied. Event Skip would have been an awesome feature for this (and make the run much much shorter), but sadly that's only for Till the End of Time in this series. Right, well, that's all I've got to say. Have fun, m'kay?